Home / About Us / Leadership / Board of Directors 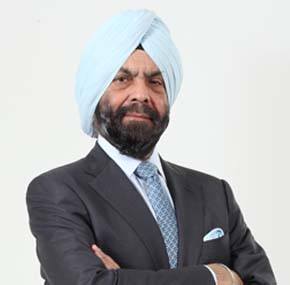 D.S. Brar holds a Bachelor’s degree in Electrical Engineering from Thapar Institute of Engineering & Technology, Patiala and a Master’s degree in Business Administration from the Faculty of Management Studies, University of Delhi.

After having started his career in 1974 with The Associated Cement Companies Limited (ACC), Mr. Brar has been associated with the Pharmaceutical Industry for over three decades. Mr. Brar spent major part of this period (1977 – 2004) with Ranbaxy Laboratories Limited at various positions and rose to the level of President in 1993. He became the CEO & Managing Director of Ranbaxy in 1999. Mr. Brar stepped down from this position in 2004 to start his entrepreneurial journey and ventured with GVK Biosciences – a leading contract research and development organisation providing Discovery & Development services to Global Life Sciences companies. Mr. Brar also promoted Inogent Labs – an early development/scale up company (now a wholly owned subsidiary of GVK Biosciences) and Davix Management Services – Pharmaceuticals focused Consulting/Advisory Services Company. Mr. Brar is the Chairman of Mphasis Limited and holds Board positions in various Indian and International companies like Maruti Suzuki India Limited, Wockhardt Limited, Gland Pharma Limited and Mountain Trail Foods (India) Pvt. Ltd. He is also Special Advisor to the Board of Directors of Adamas Pharmaceuticals Inc. and a member of the Advisory Board of the USA-India Chamber of Commerce (USAIC). From 2000–2007, Mr. Brar served as a Director of the Reserve Bank of India (RBI) and was also a Member of the Inspection and Audit Sub-Committee of the Central Board of Directors of the RBI. Mr. Brar also served as a Senior Advisor to Kohlberg Kravis Roberts (KKR) from 2011–2015.

Mr. Brar has been involved with some of the premier Research and Educational institutions in India. He has served as a Member on the Board of National Institute of Pharmaceutical Education and Research (NIPER), SAS Nagar and as a member of the Board of Governors of the Indian Institute of Management, Lucknow (IIML).

Mr. Brar has been involved with several leading industry associations in India. He was associated with Confederation of Indian Industry (CII), where he Chaired CII’s Indian MNC Council and Federation of Indian Chambers of Commerce and Industry (FICCI) in the past. Mr. Brar was a Member of Prime Minister’s Task Force on pharmaceuticals and knowledge-based industries which drafted the blue print for the growth and global expansion of Indian Pharmaceutical Industry including R&D and pricing policies. He is currently a member of Consultative Group on Exports of Pharmaceutical Products, under the Chairmanship of Hon’ble Minister of Commerce, Industry and Textiles, Government of India. For his service and contribution to the pharmaceutical industry, Mr. Brar was honoured with the Dean’s Medal from the Tufts University School of Medicine, U.S.A., in 2004. The Federation of Asian Biotech Associations (FABA) awarded Mr. Brar with ‘FABA Special Award 2011’ for his contribution to the biopharma sector. 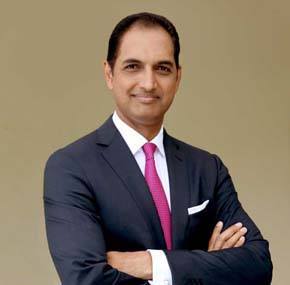 He was instrumental in making GVK the largest private airport operator in India, by owning, developing and operating the Mumbai and Bengaluru airports, which handles over 50 million passengers per year. He is involved with GVK EMRI – 108 Emergency Services (www.emri.in), which is the world’s largest ambulance service offered free of cost to over 800 million people across India and having saved more than one million lives until date.He holds a Bachelor’s Degree in Industrial Engineering from Purdue University, Indiana and an MBA from University of Michigan. 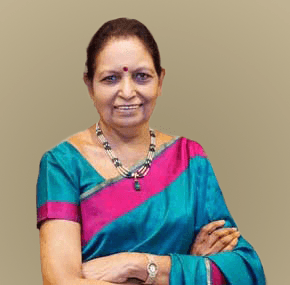 Indira Krishna Reddy is the Managing Director of Taj GVK Hotels & Resorts Limited and the Director on the boards of various companies in the GVK Group.
Close 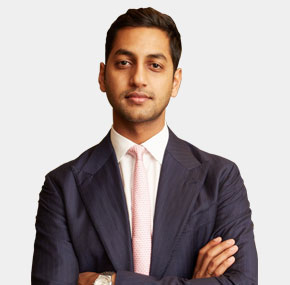 G V Keshav Reddy holds an MBA from the MIT Sloan School of Management and a Certificate in Innovation & Entrepreneurship from the MIT Martin Trust Center for Entrepreneurship. Keshav earned a Bachelor’s degree in Industrial Engineering & Operations Research from University of Michigan – Ann Arbor and a Certificate in Entrepreneurship.Starting his career in 2014 at GVK Airports, Keshav worked in corporate finance and M&A completing equity stake sales and debt restructuring for the company. He later worked in business development wherein he was involved in the successful bid team for the Navi Mumbai International Airport Project and also worked on airport commercial contracts in Indonesia, Oman and Sri Lanka. Currently, Keshav is in charge of all non-aeronautical revenue for Mumbai International Airport Limited overseeing USD150M in revenues from categories involving Duty Free, Retail, F&B, Advertising, Lounges, Forex, ATM, Car rentals and passenger services for Mumbai International Airport Limited.

Keshav is the Managing Partner of the Family Office Fund, Reddy Futures Fund and is an avid investor in 20+ software companies in the US and India. In the past, Keshav has interned at McKinsey & Company, the erstwhile Planning commission of India, Thiess Mining, 3i private equity, GVK Bio and at Mumbai Airport during the construction of Terminal 2 (T2). Keshav is part of the INK Fellowship, Milken Institute Young Leaders Circle and World Economic Forum Young Shapers. 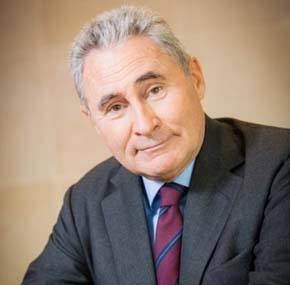 A native of Austria, Gerhard Mayr received a Master’s degree in Chemical Engineering from the Swiss Federal Institute of Technology (Zurich, Switzerland) in 1969 and a Master of Business Administration degree from Stanford University in 1972.
In March 2004, he retired as Executive Vice President of pharmaceutical operations at Eli Lilly & Company after 32 years of service. He was responsible for global pharmaceutical operations and sales & marketing worldwide at Eli Lilly – a leading innovation driven corporation. Gerhard Mayr is a member of the Board of UCB since 2005 and is serving as the Chairman of UCB since 2012. He is also a member of the Board of Almirall SA (since 2012), member of the board of the Vienna Science, Research and Technology Foundation (since 2002) and a member of the board of Project Hope, USA (since 2002). He is a member of the circle of patrons of INSEAD Business School (since 2000). He has been on the Board of GVK BIO since July 2009.
Close 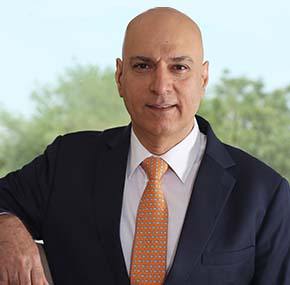 Sanjiv Dwarkanath Kaul joined the Board of GVK Biosciences in February, 2016 representing ChrysCapital. Mr Kaul is a Partner at Chryscapital and leads the healthcare and consumer sectors.
He has 27 years of management experience in the Pharmaceutical industry prior to joining ChrysCapital in July 2004, of which the last two decades were with Ranbaxy. He held several key leadership positions including Country Head for China, Regional Director for India and the Middle East and the Vice President and Head of Corporate Affairs for Ranbaxy. Mr. Kaul is a pharmacy graduate, who has received an AMP from Harvard Business School and MBA from Indian Institute of Management, Ahmedabad.
Close 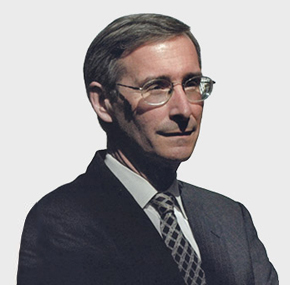 Dr. Robert R. Ruffolo is a distinguished scientist with number of global recognitions for his executive leadership in the Pharmaceutical industry. He was appointed to the Board of Directors of GVK BIO in April 2019.

Dr. Ruffolo served as the President of R&D and Senior Vice President of Wyeth Pharmaceuticals (now, Pfizer) from 2002 to 2008. Prior to Wyeth, Bob was Senior Vice President in R&D at SmithKline Beecham Pharmaceuticals (now GSK) for 17 years. Bob played a significant role in the discovery and/or development of a number of marketed products, including carvedilol, ropinerole, dobutamine, and eprosartan, among others. He has been recognised with several prestigious awards, including the Discoverer’s Award in 2008, for his pioneering work on the discovery of carvedilol for the treatment of congestive heart failure. Bob currently serves as a Director at Sigilon Therapeutics, Elucida Oncology, Sapience Therapeutics and Aridis Pharmaceuticals. He is also the President of Ruffolo Consulting LLC, a position he has held since 2008. 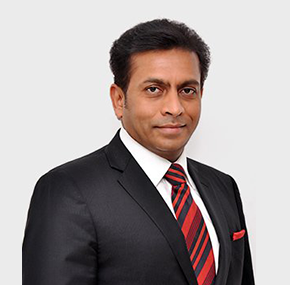 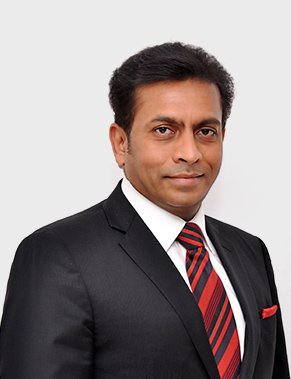 Manni is the Director & Chief Executive Officer of GVK BIO. He joined GVK BIO in 2007 as President and has steered the company’s direction and growth to be one of Asia’s leading life sciences solutions organization.

Manni is also a Director and Chairperson on the Board of Aragen Bioscience Inc, a fully owned subsidiary of GVK BIO, based in Morgan Hill, California, Aragen Bioscience is focused on large molecule R&D solutions. Prior to joining GVK BIO, Manni was in the IT industry, where he spent 16 years with Intel, holding various leadership positions in the USA and Asia. At Intel Manni held Senior leadership roles. He served as the head of Intel India, the CIO of Intel for Asia and was responsible for the software in Intel’s Wi-Fi product line Centrino.

Manni holds a Master of Science Degree in Computer Science from Arizona State University and a BE in Computer Engineering from Bombay University. He completed all his Ph.D. requirements and joined Intel prior to completing his dissertation.

Thank you for your interest, our Talent Acquisition team will review your application and would come back to you – if shortlisted

Thank you for your interest to register